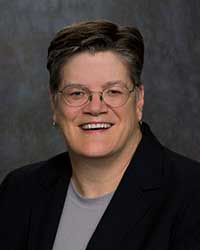 California Western's associate dean for academic affairs from 1997-2001 and vice dean from 2015-2017, Professor Cox is a national authority on sexual orientation and the law, and women and the law. She has written numerous articles on interstate recognition of marriage and civil unions of same-sex couples. As a commissioner on the Madison Equal Opportunities Commission in Wisconsin, Professor Cox helped draft one of the earliest domestic partnership ordinances in the country. She has published articles on obtaining recognition for alternative families in journals such as the National Journal of Sexual Orientation Law and the Southern California Review of Law and Women's Studies.

Cox is past chair of the Association of American Law Schools (AALS) Section on Women and the Law and the AALS Section on Gay and Lesbian Issues, and former deputy director of the AALS. She chairs the Board of Directors and the Executive Committee of the national Freedom to Marry organization, and completed six years on ABA Accreditation Committee in June 2011.