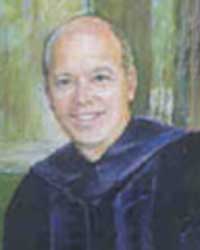 During his legal career Dessent fulfilled a variety of leadership roles and has represented some of the leading businesses in the United States. He has been general counsel with multi-billion dollar corporations, legal consultant for major law firms, author, professor and practitioner. From 1986 to 1996 Dean Dessent took California Western into the forefront of legal education as a major law center, discussing the important legal issues of the day. Despite his record of accomplishment in the law, he tends to view his legal career as an accident brought about by his "having failed to beat out Ozzie Smith for short stop on the Cardinals." A leading philanthropist in San Diego, Dessent has served on the boards of many charitable corporations. In 1996 he took dean emeritus status and turned to full-time teaching. Click here to view his faculty biography.