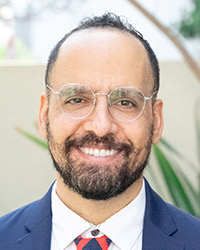 Professor Gerson previously held several positions in Mexico City, including as a researcher and project manager at the Instituto Mexicano para la Competitividad (IMCO), a think tank. He also worked in government, in the National Digital Strategy Unit of the Office of the President of Mexico. While in Mexico, Gerson was an adjunct professor in the economics and law departments at Instituto Tecnológico Autónomo de México and Universidad Iberoamericana.

Professor Gerson is a regular contributor to diverse media outlets in both Mexico and the U.S., such as Slate and Animal Político.