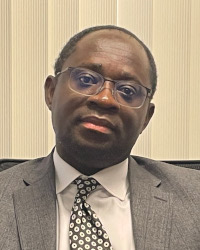 Professor Oppong’s scholarship has been translated into French and Chinese. Some of his writings have won international writing prizes, including the 2013 American Society of International Law prize in Private International Law and the 2014 James Crawford Prize of the Journal of International Dispute Settlement. In 2011 he was nominated for the Hessel Yntema Prize of the American Journal of Comparative Law. His research has been funded by the Social Sciences and Humanities Research Council, Canada; the Killam Trusts, Canada; and the British Academy.