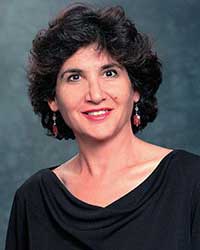 Before joining the faculty at California Western School of Law in 1999, Ruth Hargrove was a trial attorney. She spent seven years as a prosecutor, first in Los Angeles and then in San Diego. While in Los Angeles, she was instrumental in starting the Domestic Violence Unit, which became a model for other prosecution agencies in California. In San Diego, she successfully prosecuted murder, robbery, child-molesting, and other felony cases. Hargrove spent the next ten years as trial counsel for several San Diego municipalities, specializing in employment and tort law.

Throughout her career as a trial lawyer, Hargrove taught as an Adjunct Professor at several San Diego area law schools, served as a Judge pro tempore in San Diego, and provided legal commentary for Public Radio and commercial television.

Professor Hargrove has also taught in Bar Bri's program on the Peformance Test.

She has an active pro bono practice representing students in disciplinary matters. She is also the substitute counsel for the San Diego County Civil Service Commission.

In addition to her teaching duties, Hargrove is the Chair of the Joint JD/MSW Program.