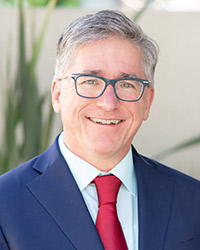 Before joining the faculty of California Western School of Law in 2009, David Austin was an attorney at Jenner & Block LL.P. and Schoeman Updike Kaufman & Scharf in Chicago, Illinois. He is experienced in complex litigation, including commercial disputes and product liability defense. He served for two years as clerk to the Chief Justice of the Supreme Court of Hawai'i.

Mr. Austin's trial experience includes participation in a twelve-day trial where he acted as lead associate representing a large private equity fund in a multi-million dollar claim by a creditor of an insolvent corporation to recover from the debtor's directors and from its parent, a venture capital fund. Claims included piercing the corporate veil, fraud, breach of fiduciary duty and unjust enrichment. All claims were resolved in favor of the client.

David has a special interest in asylum law and public interest work, and has provided pro bono service to the National Immigrant Justice Center (serving on its Leadership Council and as director of its Asylum Program) and the AIDS Legal Council of Chicago (as amicus in an Illinois Supreme Court case). He has taught appellate advocacy at The John Marshall Law School, Chicago.

Prior to embarking on a career in the law, Mr. Austin worked for the Italian Ministry of Health and with non-governmental organization in Italy and other European countries. He was elected to the board of the European Council of AIDS Service Organizations and served as a representative for Southern Europe from 1991 top 1994. In 1996,he was a visiting Research Scholar at the University of Illinois at Chicago School of Public Health.