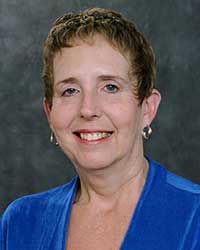 Before coming to California Western full time in 2001, Professor Thyfault, a criminal appellate attorney since 1989, was an adjunct professor at the law school, and prior to that, staff attorney for Appellate Defenders, Inc. She was a law clerk to Ninth Circuit Court Judge David R. Thompson in 1986, and to U.S. District Judge Sherman G. Finesilver, the chief judge for the District of Colorado, in 1985-1986. Prior to enrolling at California Western, Thyfault conducted research and data analysis for the National Institute of Mental Health funded Battered Women Research Project, and provided assistance to attorneys representing battered women charged with criminal offenses.

On May 16, 2007, Roberta Thyfault lectured at the Diplomado Internacional Estado de Derecho y Acceso a la Justicia in Santiago, Chile, a program that is jointly sponsored by the University of Heidelberg, The University of Chile, and California Western School of Law. In her lecture, Professor Thyfault compared the United States Supreme Court and the German Federal Constitutional Court and decisions from those two Courts on the issues of the right to life and the freedom of assembly.